1: When: May 5th, 1862. Unlike Independence Day, celebrated September 15 and 16th, which is the largest national celebration, Cinco de Mayo is only celebrated regionally and in fact, is celebrated more in the United States than it is in Mexico. 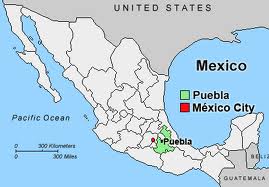 3: What: One particular battle in which a small, local group of Mexicans were able to defeat the well-trained and well-equipped French army, despite being outnumbered. Estimates range from a 500 to a 2,500 difference with the Mexican contingent being around 4,500 men. This David v. Goliath victory was a rallying point for Mexican Unity and national pride. However, in the end, French won the war and occupied Mexico for 4 years with Napoleon’s appointing his relative Maximilian as ruler, until he was later overthrown and executed.

4: Why: The French invaded Mexico since Mexico was unable to repay its debt to France, who was looking to expand its empire. While the United States certainly did not want France to occupy the land to our south, Lincoln was a little bit occupied with our own Civil War.

5. It is not a national holiday in Mexico. Most Mexicans do not celebrate 5 de Mayo. However, commercial interests have long promoted it in the United States with Mexican food and beverages.

Spanish Teacher in Chicago. Have studied or traveled to Costa Rica, Colombia, Ecuador, Peru, Spain, Mexico, Puerto Rico, Argentina, and Uruguay. Have taught level 1 at middle and high school levels. Degree in Spanish and Master's in Teaching and Leadership. Blogger www.SpanishPlans.org
View all posts by spanishplans →
This entry was posted in Culture, History and tagged 5demayo, cinco de mayo, Holidays. Bookmark the permalink.