Land of the Free and Home of the Ignorant

In the United States, a Spanish teacher’s job is not limited to teaching language. We must also educate our youth on how to be civilized citizens of the world. Unfortunately racism still exists and intolerance of “different” cultures is overwhelming. Early this week I wrote about how Spanish teachers can stop promoting simple stereotypes, but this post is so much bigger than that.

During this week’s 2013 MLB All Star game a lot of ignorant tweets were posted regarding a latino singer and his “merit” for singing at an “American” sporting event. Marc Anthony sang a wonderful rendition of “God Bless America”, but comments in the twitter-sphere claimed this act was “un-American”.

Let’s get the facts straight:

1. Marc Anthony was actually born in New York City. Last time I checked, this was part of the United States. 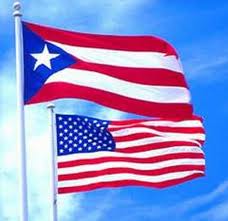 2. Maybe some were confused because his parents were born in Puerto Rico, making Marc of Puerto Rican descent. I guess they didn’t know that Puerto Rico is a commonwealth of the United States and all Puerto Ricans are citizens of the USA.

3. “Baseball is an American sport.” Yes, and it quite popular in such American countries as Cuba and Venezuela. Oh, you didn’t realize that America is a continent and not just a country? To most people outside of the USA,  North AMERICAN and South AMERICA are referred to as just “America”.  It’s not like there have been any other latinos in the MLB.

4. Many people referred to him as being “Mexican” in addition to other racial slurs. Time to take out your maps! It turns out Puerto Rico is not even part of Mexico. But I guess as long as you look latino we can just lump everyone together. It’s not like Spanish is the official language of 21 countries, all of of which would have their own culture. 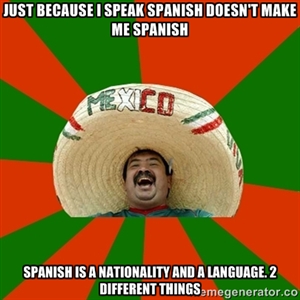 home with my students is the difference between the term “Spanish” as a language and “Spanish” as a nationality. Just because someone speaks Spanish, does not make them Spanish. And just because they look a certain way doesn’t make them Mexican. So everything I hear someone describe someone as being “Spanish”, I ask them if they are from Spain…. turns out they usually are not.

A few offensive tweets (that doesn’t include curse words) after the jump :Feel free to send these twitter users your own responses (although some accounts appear to be now deleted. Hopefully they have learned a valuable lesson).

@treymcnickle “Letting a Spanish guy sing God Bless America really hurts my heart. Figure it out America #USA” [Recent tweets have him being apologetic. Looks like he learned a lesson the hard way]

Spanish Teacher in Chicago. Have studied or traveled to Costa Rica, Colombia, Ecuador, Peru, Spain, Mexico, Puerto Rico, Argentina, and Uruguay. Have taught level 1 at middle and high school levels. Degree in Spanish and Master's in Teaching and Leadership. Blogger www.SpanishPlans.org
View all posts by spanishplans →
This entry was posted in Uncategorized. Bookmark the permalink.